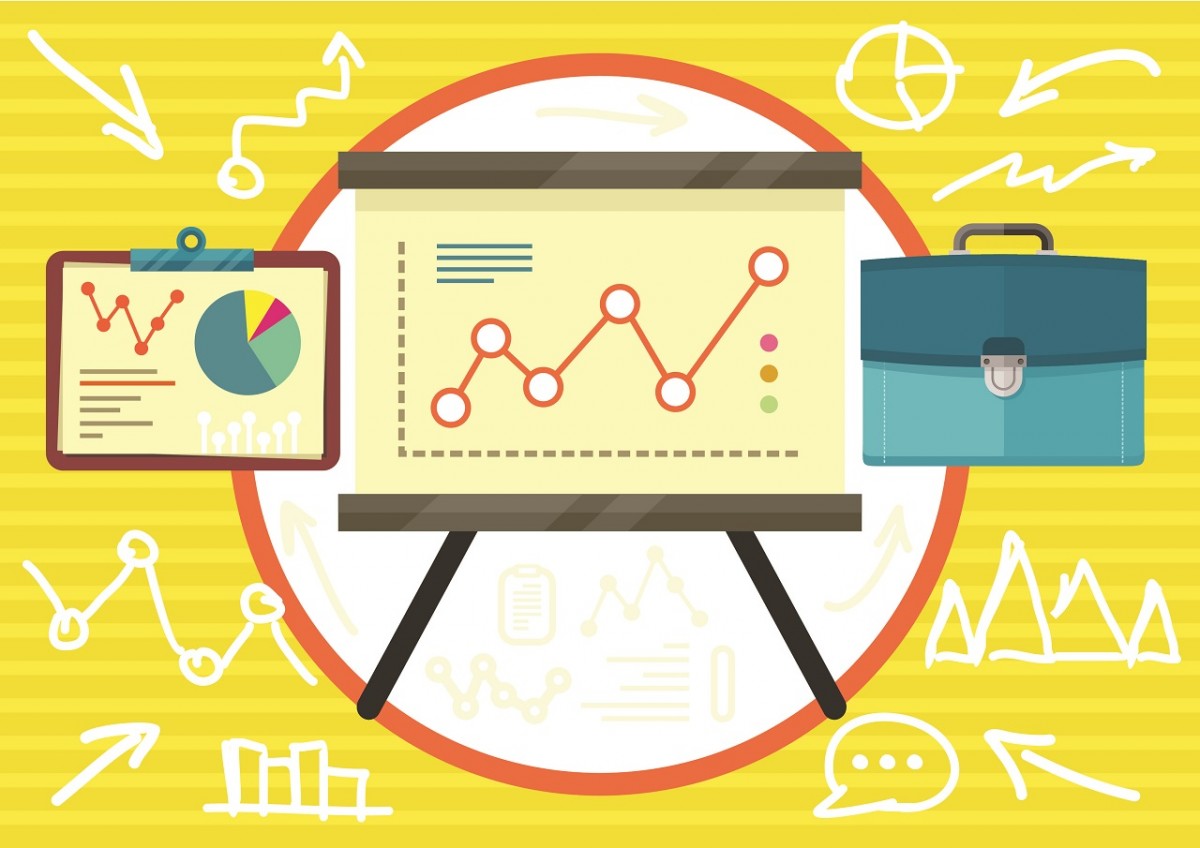 Most enterprises worldwide are increasingly investing on Information Technology (IT) as a means of boosting their business processes, improving their decision making and ultimately achieving better business results. According to IDC’s Worldwide Semiannual IT Spending Guide, IT spending will grow from $2.46 trillion in 2015 to more than $2.8 trillion in 2019. Hence, IT investments are nowadays the cornerstone elements of enterprise capital management. Managers, CIOs and other executives must ensure that their IT budgets are spent wisely, through calculating the business value of their IT investments. Simply put, for every IT project managers and CIOs need to be able to credibly estimate what it will cost and what is the monetary value that it will generate. In this way they will be able to not just justify a project, but also take proper decisions about deploying, operating and possibly extending it.

Financial Analysis provides the means for evaluating the liquidity and profitability of an IT project. The evaluation of profitability is based on the calculation of indicators such as:

The formulas for calculating these indicators are part of popular spreadsheet applications (like MS Excel). Their calculation is based on a credible estimation of the costs and the expected benefits of the project. Costs can be estimated through considering capital and operational expenses associated with the IT project. Along with profitability, financial analysis comprises also a liquidity estimation aspect, which is reflected on a cash flow budget. Enterprises have to monitor actual cash flows over time, in order to timely detect and confront liquidity issues. 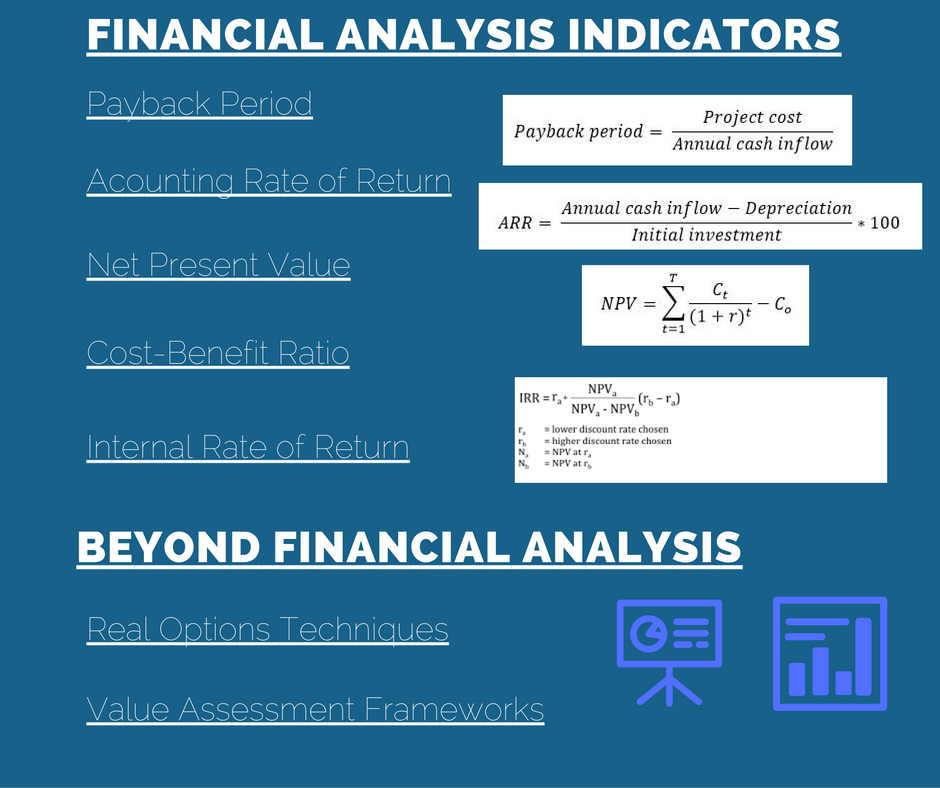 The costs of an IT project can be estimated in a credible way, through identifying prices for various cost factors. The challenge is to identify all the lifetime costs of the project, including for example hardware acquisition, software acquisition, installation, training, support, maintenance, downtime, space, as well as energy costs. In several cases additional non-obvious (i.e. “hidden”) costs have to be considered as well, such as legal costs, costs of switching between vendors, costs of failing contracts and more. The lifetime costs of the IT project comprise its Total Cost of Ownership (TCO).

The estimation of the benefits can be challenging and risky. For example, the estimation of future sales for an IT product, of cost reductions associated with the deployment of an IT system and productivity improvements, incorporate considerable uncertainty and could therefore fail. Furthermore, there are always intangible benefits that are very difficult to quantify. Consider, for instance, the impact of a well-designed enterprise web site on the branding of a company, such things can hardly be quantified. These challenges underline the limits of conventional financial analysis and instruct that it should be used with caution.

The limitations of financial analysis have also given rise to alternative methods for assessing IT project opportunities. One of these limitations lies in the fact that financial analysis considers the investment as static, without providing the means for considering the ability of the enterprise to dynamically take decisions during the course of the project. In order to alleviate this limitation, real options (ROs) methodologies are also considered. Such models acknowledge the management’s ability to take future actions (e.g., abandoning, deferring or scaling up a project) upon the occurrence of specific events such as changes in market conditions or in the status of the company.

Partnering with experts for success

CIOs and other executives nowadays have access to a wealth of tools for estimating and justifying the business value of their IT projects. It is however important to understand the scope and limitations of these tools in order to be able to use them effectively and yield credible results. People with the right knowledge and skills are needed, notably experienced professionals combining IT and finance know-how. Collaborating with the proper technology and business partners is a key to estimating the profitability, monitoring the liquidity of an IT project, and also taking the right decisions throughout its lifecycle.