Operator, Instigator or Co-creator: What type of CIO are you?

One of the most loved scenes in the first Avenger movie was when The Hulk grabbed Loki by his legs and clobbered him into the floor until Loki could barely whimper.

This scene was so memorable because until then Loki was built up as a God like character who could control minds, open up a portal into another dimension and call upon a fearsome alien force to do his bidding. And then Loki turned out to be a puny god in the face of the rampaging Hulk.

However instead of Hulk what if Captain America or Black Widow had faced Loki?

He would have hypnotized them and turned the tide of the battle in his favor, and the movie might have ended very differently.

So what does this have to do with what type of CIO you are? Just this: if you have Loki sized problems you need a Hulk like persona to fix them.

So many problems, so less time

To any  CIO the changes and disruptions sweeping through the landscape are not less jarring then when the portal was opened by one of Loki’s mind controlled scientists and all the Chitauri came pouring out from the hole in the sky.

No longer is your next competitor going be only an established player in your industry. It might very well emerge in the shape of a nimble and highly funded player from another industry or from a tiny startup born a few years ago.

Ford and Suzuki have a new challenger in Tesla. Blackberry’s market share has cornered by Apple and Google. AirBnB is worth more than massive global hotel chains that have been in business for decades.

If the earlier advantages were availability of capital and geographical location the newer advantages are all about SMAC (Social, Mobile, Analytics, and Cloud). 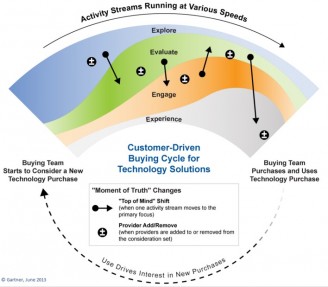 Your employees are less likely to use tools provided by IT to do their job and more likely to sign up for third party apps to store vital business data. Most of them would work on their own devices. 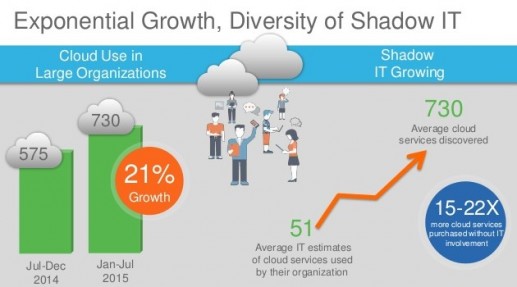 IT budgets keep on getting slashed and CIOs are often expected to make do with more.

Deloitte asked 1271 CIOs and senior tech leaders globally a number of questions about how they see themselves in the face of such changes and determined that essentially there were three types of CIOs: The Trusted Operator, The Change Instigator, and The Business Co-Creator.

While you might want to jump ahead and find out which type of CIO you are and which archetype is better there are some important points to consider.

According to the Deloitte

…one persona is (not) better than another. Rather it argues that the mode of delivering IT value should ideally match the business’ needs at the moment. Misalignment — whether because IT fails to operate at the level the business needs, or because the business is simply not prepared to follow IT’s vision — is not good.

Here’s what Deloitte thinks the three types of CIOs are:

42% of the survey respondents fall in this category. They fit the profile of a traditional CIO role, with a focus on cost cutting, improving efficiencies, making IT more reliable and aligning IT strategy with business strategy.

Their most important business priority is around cost and performance, and they focus more on execution and less on leadership. They usually report to the CFO.

They make up the smallest proportion of the survey respondents. These CIOs are unorthodox: they drive change and innovation and upend the status quo.

Apart from a focus on innovation they are also very customer oriented, and use data as a basis for making decisions. They report to the CEO.

Around one-third of survey respondents fell into this group. They look to support and drive business strategy, and aim to stress equally on the five business priorities viz. performance, cost, customers, innovation, and growth outlined in the survey.

They work in the trenches with other stakeholders, execute business strategy and grow the company through mergers and acquisitions.

For a company that’s been stagnant for long a change instigator might be the best CIO type. But once change has been ushered in a business co-creator type CIO might need to be appointed so that the change can be consolidated and made permanent.

But it’s unlikely that a company can immediately find two different types of business leaders to fill the same role. Thus, there’s a need for a CIO to be adaptable to changing circumstances and can wear multiple hats.

In essence, the ideal CIO has to be all the Avengers rolled into one.