What Hospitality CIOs can Learn from Airbnb’s Data Science Strategy

No one needs an introduction to AirBnB.

With about 1.5 million listings on the site across 34,000 cities in 190 countries it offers way more choice at any price point than most major hotel chains combined.

And unlike previous innovations, AirBnB is driving this revolution by piggybacking on big data and predictive analytics among other things.

Data Science or something else.
Let's help you with your IT project.
Contact Us

In fact one of their earliest hires, when the company was still working out of the founders’ apartment was a data scientist. This was back in 2008, when Big Data was not as trendy as it is now.

But the decision to make data a core focus of their product instead of cramming it in at a later stage has paid off handsomely for the startup which is now valued at more than $25bn.

It’s tempting to look at data as simply numbers generated by impersonal algorithms running in the belly of the beast. But every data point represents decisions made by a human, and putting it in proper context can tell you a story.

For instance, take someone on AirBnB booking an apartment in London for two nights. That click doesn’t exist in vacuum.

…at Airbnb we characterize data in a more human light: it’s the voice of our customers. A datum is a record of an action or event, which in most cases reflects a decision made by a person. If you can recreate the sequence of events leading up to that decision, you can learn from it…This sort of feedback can be a goldmine for decisions about community growth, product development, and resource prioritization. But only if you can decipher it. Thus, data science is an act of interpretation … 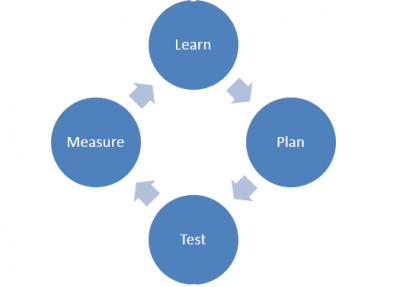 The quality of decision making improves as the cycle is repeated and iterated upon.

At most organizations number crunching is a lagging activity. It is used to answer queries such as which product sold the most or what times of the year was best for business.

Here are some examples of AirBnB’s data led decisions.

AirBnB looks at multiple variables while suggesting the price of a listing. It uses modeling to predict the optimum price each listing will get for every day of the year based on variables like location, time of the year, and amenities.

It also uses an internally developed product called Aerosolve, nicknamed machine learning for humans to show hosts the probability of getting a higher pricing for their listing.

When the US lifted long standing economic sanctions on Cuba AirBnB lost no time in listing Cuban properties on its site. This agility and nimbleness has driven much of its growth, along with expansion into neighborhoods where traditional accommodation options are not present. 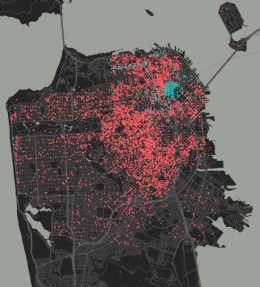 But how does it move so fast on the backend? After all, AirBnB is not only a search engine for rooms, but also a recommendation engine. It generates suggestions from the community on great places to stay, and uses locally generated editorial content to let the user explore the area right from within the site.

Part of how it does that is by building a complex and multi layered mapping infrastructure. It uses an internally developed tool called AT-AT to overlay a map with human interest data obtained by old fashioned research, natural language processing, and machine learning to throw up suggestions which are tailored closely to search string parameters.

Another example: AirBnB’s data crunching enables the site to offer tips on how hosts can better photograph their listings to maximum interest down to suggesting them to put red pillows in a photo, and serve up hosts who have a history of accepting last minute bookings at the top in search results for dates which fall in the immediate future.

Regardless of whether you are a ticket aggregator or a small independent bread and breakfast the lessons from AirBnB’s obsessive focus on data driven decisions are illuminating.

You might not have the resources or the terabytes of data AirBnB has, but you can still use data like reviews, booking trends, price history etc to make your site more useful, provide value to travelers and guests, and drive up your revenues and profits.

Artificial intelligence (AI) is one of the most important trends of our time: Enterprises are...

The era of Big Data gives rise to “data-driven” organizations that are very effective in...

BigData and Artificial Intelligence are becoming the main drivers of the digital transformation of...

The infamous Moore's law lies in the observation that the number of transistors in a dense...

Why is Data Fabric gaining traction in Enterprise Data Management?

A Data Fabric, sometimes referred to as enterprise data fabric or data integration fabric, is a...

The infamous Moore's law lies in the observation that the number of transistors in a dense...

The emerging role of Autonomic Systems for Advanced IT Service Management

Why is Data Fabric gaining traction in Enterprise Data Management?

A Data Fabric, sometimes referred to as enterprise data fabric or data integration fabric, is a...

How Metaverse could change the business landscape